Sylvia and Braelan’s wedding took place in beautiful Calistoga, CA in late August. That’s just slightly north of Napa Valley for those who aren’t from the area. Braelan actually happens to be from Calistoga while Sylvia grew up in the Napa Valley so it made perfect sense for them to return home to such a gorgeous setting to tie the knot.

I’ve known Braelan for a number of years as he was actually my boss while I was working at The Greenlining Institute on their media team during my college years at Berkeley. Beyond the workplace and helping me to grow as a filmmaker, Braelan was also a mentor of sorts and gave me advice from time to time with the different troubles that plagues any guy going through his college years. As such, I couldn’t really say no when Braelan came to me and said that he couldn’t trust anybody else to shoot his wedding. 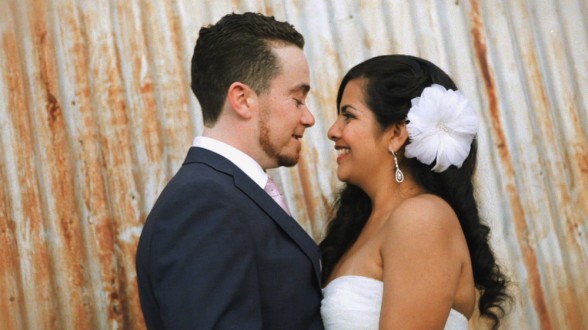 The occasion was set to a wonderful rustic theme which blended in beautifully with the gorgeous natural surroundings Calistoga has to offer. I heard the song that was used for this wedding highlights just as I was leaving the wedding, and I knew its slow and intimate feel fit Sylvia and Braelan perfectly. No other song could have represented their wedding day better.

Sylvia and Braelan really are each other’s other half as they say. It’s amazing how well they compliment each other through their different personalities and how comfortable they are together. I could tell Sylvia was a little camera shy at first, but that level of comfort together with Braelan really helped to bring out their personality as a couple on camera. They’re both such wonderful and beautiful people on their own as well as together, and I wish only the best for the two of them on their journey through life together.

8 Kinds of Smiles offers wedding videography services. We’re based in Orange County & Los Angeles in Southern California and are also available for travel.

We aim to truly capture the emotion, energy, and personality of the event and couple. Let us creatively tell your story.